For the last two years, Murray Stahl and Steve Bregman of Horizon Kinetics have published a “Compendium Compilation” of their various research pieces and market commentaries throughout the year. I recently requested copies of the 2014 and 2015 compendiums and just completed reading through the 2015 compendium. What follows are “stitched together” quotes from several of the essays.

How does one judge an index to be deficient?

Since short-term interest rates approach zero in most regions of the world, the valuation environment is very benign… most governments during this period have embarked upon grand fiscal stimulus efforts that are now becoming unsustainable.

When one measures a manager relative to an index, is one measuring investment acumen or marketing ability?

The manager… will purchase a security until the expected excess rate of return is zero. The index… is marketed until the marginal revenue from a product is zero, which is an entirely different concept.

The index is not constrained by valuation.

Most indexes, in the fullness of time, do not earn impressive rates of return.

It is the nature of a market capitalization weighted index that it is always un-diversifying.

The problem with such an approach [wide diversification] is that it is quite impossible for any individual, or even a team of individuals, to have a good working knowledge of the individual investments at a security level. The portfolio can only be understood in terms of its statistical attributes… CalPERS… has about 20,349 individual investments.

If a team of 10 analysts were to work eight hours a day for three months, which is 22 business days per month, with no interruptions, the team would have at its disposal 10 x 8 x 3 x 22 man-hours to read 20,349 quarterly reports. This amounts to 5,280 man-hours available to read 20,349 quarterly reports, which equates to slightly more than 15 minutes per quarterly report… It should be obvious that success or failure in this endeavor must depend upon whether the statistical attributes of the portfolio provide the data necessary to make intelligent asset allocation decisions… it is impossible to devise a simple list of fundamental statistics to be used to comprehend a portfolio… because of differences in corporate expenditure practices, depreciation policies, tax laws in various jurisdictions, and GAAP vs. IFRS accounting. 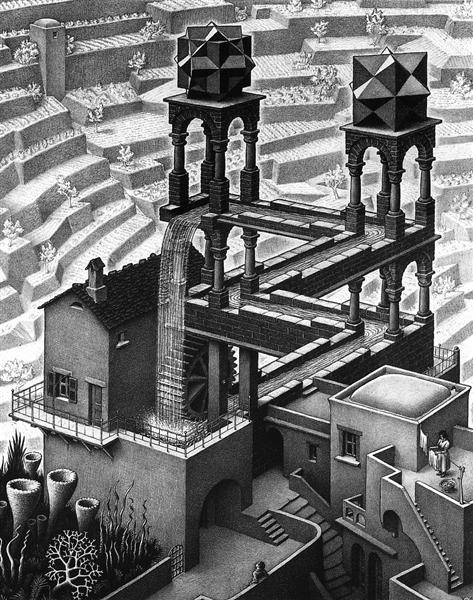 The thrust of these facts is to question, if not actually reject, the geographical form of classification as an asset allocation building block. That calls into question the entire international method of investing. The characteristics of equities have little to do with the legal place of domicile of a given firm. However, on a weekly basis the Investment Company Institute records $3 billion to $4 billion withdrawn from domestic equity funds and deposited into international equity funds in search of diversification and risk control attributes that simply do not exist. As has been the case with many widely held investment beliefs without foundation, this will not have a good outcome.

[Fischer Black] said that there are people who are highly knowledgeable about certain companies– the information traders– and when they trade, they are very well informed. Most others, however, are not so well informed; they are the noise traders.

[Fischer Black’s concept of] efficient markets was that if the bulk of investors were in an index that, as he defined it, would include every stock out there– everything– the noise traders would go there. That would eliminate the bulk of the noise traders from the active marketplace, so only the information traders would be trading. They would not go into the index, because they are highly informed, and the market would be much more efficient in the sense that it would reflect the judgments of informed participants.

If one reflects upon this matter [Carl Icahn’s letter to Apple], one will see that Mr. Icahn has posed an exceedingly profound question to all investors, and especially academics. Apple is the largest company in the world. It is arguably the most ubiquitous company in the world. Billions of people use Apple products daily and are very familiar with those products. If there is any equity in the world that should be priced efficiently, it should be Apple.

The money manager industry is not populated by Homo Economicus, carefully and rationally evaluating different investment opportunities. The money manager can only survive by attracting assets to manage for a fee.

Modern financial theory cannot explain momentum because, if the stock market is efficient, there should be no serial correlation observed in securities… momentum investing is not a new innovation. It is a concept virtually as old as the idea of a stock market, although it has not always been called “momentum.” Technical analysis is essentially a search for securities with momentum.

It is now possible to raise substantial sums for almost any index if the rate of return is sufficiently high. It is nearly impossible to raise money for any index if the rate of return is insufficiently high, let alone if that return happens to be negative. This is not the asset allocation process. This is the momentum process. The industry makes use of a substantial marketing budget, It clearly influences the valuations not only of individual securities but of entire sectors, and it dominates, for the time being, the investment process.